1/4 inch to more than 1/2 inch
Carpenter ants are often mistaken for termites. Termites eat the wood in which they live. For this reason, unlike carpenter ants, termite workers are seldom seen outside their nest tunnels.

Common variety is black, although some of the varieties of less importance are partly red
In the early life of the colony, the ants produce wingless workers
After three or more years some of the ants are born with wings as reproductive males and females, swarm and mate
The females attempt to start new colonies 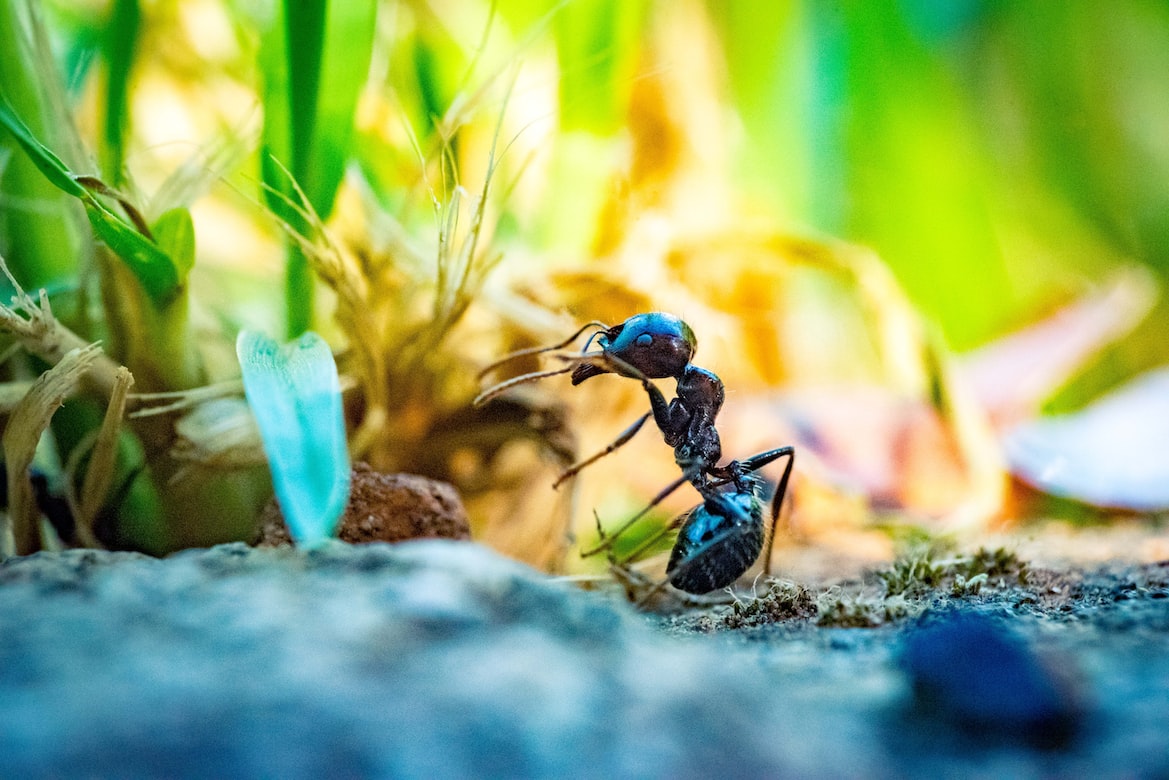 Carpenter ants (Camponotus pennsylvanicus are destructive pests of wood throughout New York State. In the forest, these ants are often considered beneficial because they prey on other insects and enhance the decay of stumps and other wood debris. Unfortunately, however, given favorable conditions, they also attack wood in service and the interiors of living trees.

Carpenter ants attack wherever excessive moisture accumulates in parts of dwellings, other buildings, power poles, and fence posts. Especially vulnerable are porches, roofing and areas near kitchens and bathrooms where water from poles and building foundation timbers in contact with the ground absorb large amounts of moisture from the soil and are thus susceptible to ant colonization.

The ants enter wood through cracks or normal cleavages, such as between siding and sheathing or between flooring and subflooring. In trees they usually enter wood through trunk wounds or the stubs of broken branches and extend their galleries from the decayed portion into the sound wood. The insect attack adds to the harmful effects of wood-rotting fungi, both in reducing the physical strength of the tree and in lowering the quality of the wood.

The presence of otherwise unexplained coarse sawdust beside a house timber, pole, or tree usually Carpenter_Antindicates that carpenter ants are at work. They chew the wood into small fragments, which they discard outside the tunnel, thus forming a "nest" to use as a shelter in which to breed and from which to forage. Their food is varied: They gather sweet secretions from other insects (aphids, etc.) and plants; prey on other living insects; scavenge dead insects; and gather household foods, such as fats, sugar and other sweets. Their need to travel outside their wood tunnels in search of food (foraging trails) often reveals the location and extent of the colony.

The tunnels or galleries are principally gnawed by the workers and gradually enlarged to accommodate a growing ant colony. These galleries usually follow the soft portions of the wood, parallel to the grain. The inner surfaces of the galleries are clean and appear as if they had been coarsely sanded.

Most damage occurs during the warm summer months when carpenter ants are most active. Their outdoor activity varies with the weather, but usually they are active between the first of May and the end of September. In heated buildings ant activity may continue later in the fall and begin earlier in the spring than is usual with outdoor colonies.

Mating takes place in flight during late spring and early summer when winged males and females leave an old colony. The male dies soon after mating and the female, called the queen, locates a nesting place in wood. She then excavates a small chamber in which she secludes herself and lays her first eggs.

When the eggs hatch, the queen nourishes the larvae until they are fully developed. The larvae enter a pupal period within a tan-colored cocoon before becoming adults. Development from egg to adult takes about three months, depending on temperature conditions, during the warmer part of the year.